Albion the Dragon Slayer is a Titan with a largely human appearance having gray armor, blue hair, and pale skin. His weapon is a golden sword which is attached to his armor by a energy thread. He is an immensely loyal Titan who can resist attempts at mind-control. This Titan was lent to Sophie by her butler, LeBlanche, in order to aid her in the coming battle against the Professor before being returned to him.

The very image of a medieval knight, Albion's combat prowess was imitated by innumerable kings and warriors of the ancient world. Though few knew it at the time, these armored fighters owe Albion for introducing the foundations of their martial arts.

Later, Albion came into the possession of LeBlanche and became his most powerful Titan. source?

Albion's Amulet was given to Sophie Casterwill for the battle against the Professor. S1E24 Albion proved himself useful against Araknos and was vital in Sophie's survival, being able to resist Araknos' Mastermind ability. After a fierce battle, however, Albion was defeated by Behemoth. S1E26

Later, Albion was returned to LeBlanche. He was invoked alongside Sentinel to save Sophie from the magical traps of the Crystal Caves. S2E29

Albion is well versed in combat. He primarily relies on a golden sword connected to his armor by an energy thread, this allows him to perform both close and long range attacks. This energy thread can be used to bind opponents or another grand variety of tasks and can also be detached to act as a rope. Albion also has a natural resistance to mind control, due to his Fierce Loyalty ability, although he has a natural loyalty to members of the Casterwill family. source? 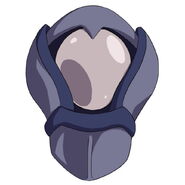 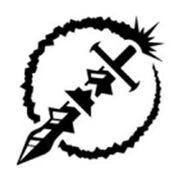