The Amazons are a brave female-only tribe living in the wilderness, deep in the Turkish forest. Being warriors, they are no damsels in distress and can stand their ground to fight valiantly when attacked. They are rather suspicious when it comes to strangers and don't let them pass their borders. Being highly suspicious of men in general, these female warriors do not trust men easily, even acting cautious when convinced such men are friendly. While they seem to be rough and no-nonsense at first sight, they can be very hospitable toward their guests. They are currently led by young queen Hippolyta. She inherited this title from her mother when she died.

Dante Vale said that if the legends are historically accurate, Greek legends of the civilization of Amazon women originated from Turkey. When Metz found the Ring of Behemoth, he hid it in the Amazon village in possession of his lover, the current queen. The ring was later given to Hippolyta before Dante's team recovered it.

The Amazons know about Seekers and pay great respect toward them. Devotion to their home village and customs are central to the Amazons' way of life, and they will not permit anyone to break their rituals, even if it costs their lives to do so. Anyone who refuses to pay respect to their rituals is likewise punished. At their temple, the Amazons worship the Forest Queen, Diana, as their deity. Honor, strength, and courage are the most valued traits to the Amazon tribe.

The Amazon are proficient in using various weapons not limited to spears, bows and blowguns. They also display great agility and strength, being more than a match for most male warriors.

As per the Gallery Policy, the full set of images for Amazons may be found at the Category Gallery. 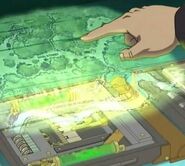 Holotome map of the Amazon territory 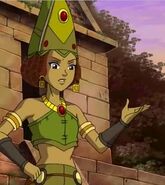 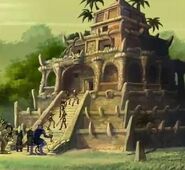 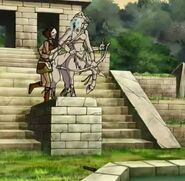 Amazonian worship of Diana
Add a photo to this gallery

Retrieved from "https://huntik.fandom.com/wiki/Amazons?oldid=74247"
Community content is available under CC-BY-SA unless otherwise noted.