Anubian, the Scarab Lord, is a powerful and unusual Titan, Anubian is formed by calling together the Black Scarabese and Gold Scarabese Titans. A Seeker must have enough power and control to command all five Titans to form Anubian.

Anubian has an attack power of 5 and a defense power of 6. S1E20 With the strength of a much larger and slower Titan, Anubian is a force with which to be reckoned. Anubian possesses large eyes on their knees and hands that allow them to see in all directions. source? They can also hover in air, moving without having to touch the ground. Anubians also have the ability to dissolve parts of their body to protect against attacks, causing them to become sand and then reform into a solid structure again S1E20, and the ability to manipulate desert sand both offensively and defensively. With his Obsidian Sword ability, Anubian can extend a large blade from the eyes on his arms to be used for direct combat. S1E20 He can also fire flame blasts from these eyes. LGS-080 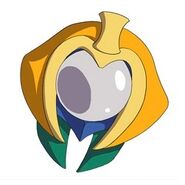 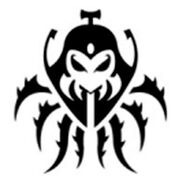