Araknos is the Legendary Titan of Mind and was the main source of power for the Organization while bonded to Simon Judeau. While most Titans are found to be most useful fighting on the front lines, Araknos' true power lies in manipulation. Therefore, the Seekers fortunate enough to control Araknos rarely make this public and instead stay in the background, pulling the strings of his will-bending webs to control their enemies. Araknos takes the form of a large spider-like creature with a red coloration, 20 red eyes, an exposed brain, large fangs, and eight limbs.

As a Legendary Titan, Araknos was one of the three Titans used by Lord Casterwill when the Titans were first summoned to earth. Not much is known of Casterwill's usage of the three as the ancient past is shrouded in mystery. Before his death, Casterwill sealed Araknos's Ring within an Aztec temple. source?

Araknos was the first of the three to be disturbed after Casterwill sealed it when the Seeker trio Metz, Simon Judeau, and Eathon Lambert managed to find its resting place. Although Metz and Eathon were against disturbing the Titan due to the curse warnings on the temple door, Simon selfishly took the Ring and was cursed, having to be hospitalized with no hope of treatment. S1E25 After bonding with him, Araknos offered the dying Seeker a chance to avoid death for a while and Simon accepted.

Araknos was the key in starting the Organization and as its leader, Simon used Araknos's mind altering abilities to erase all traces of his former personality as Simon and took the new identity as the Professor. Using the Titan's abilities further, Simon manipulated people into following him. In manipulating individuals, Araknos created a false past for the Organization, making it appear as though it had existed for centuries where it had really only existed for a few decades. S1E24 Araknos, along with the other Legendary Titans, were used to summon Overlos. But with the interference of Dante Vale's team, the Professor failed and Araknos dragged him to the Spirit World. S1E26

Using magical web to connect to the victims head, Araknos is able to manipulate the thoughts and minds of the target. The Titan can alter the victims personality, control their actions, and alter their memories. The web used can easily be broken by fire. Almost all Titans are effected by Araknos' mind control abilities, the exception being Albion and Ignatius Titans. Even when Seekers bond with Araknos, the Titan can take control of them. This ability is not known to have affected Lord Casterwill. Araknos's mind manipulation powers make him a dangerous Titan to both his Seeker and his enemies. 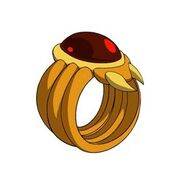 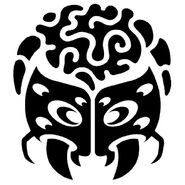