Ash is a mummified Hecto-Titan who is capable of turning into dust to evade attacks. Two large, tree-like branches protrude from her shoulder blades. She is one of Shauna's primary Titans.

Ash was passed from Pharaoh to Pharaoh for centuries. Some of these Egyptian kings kept her in hiding, while others let her loose on their enemies. Huntik.com

Centuries later, Shauna gained possession of an Ash Amulet and used it in her battles against the Casterwill family. Ash was called upon by Shauna Venice, Italy during an ambush of the Huntik Foundation as planned by Rassimov. Ash helped Dervish defeat Sophie Casterwill's Sabriel but she was defeated by Lok Lambert's Baselaird and Cherit. S1E24

Shauna invoked Ash alongside Dervish to attack Dante Vale on the Erasmus Bridge in Rotterdam, Netherlands. The pair were, however, defeated by Powerbonded Caliban. S2E33

Ash was invoked by Shauna in Phoenix's volcano to attack Lok. Lok held Ash off using the Willblade and Ash was defeated when Powerbonded Baselaird threw her into the lava pool. S2E45

While searching for the Amulet of Cerberus, the Organization mercenary, Rahmas, invoked Ash to attack Lok, Sophie and Zhalia. Ash was able to defeat Sabriel before being called back to her Amulet by Rahmas. HM#14

With a combination of fire and heat based attacks and plague and bug-swarm abilities, Ash provides value to her Seeker in presence, prowess, and sheer power. Huntik.com Ash has also the ability to turn her body into sand to avoid being hit by attacks, making her hard to defeat. 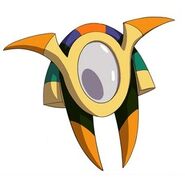 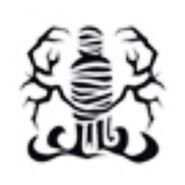 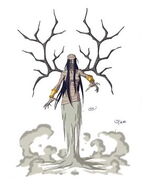