Ashtoreth the Colossus is one of the three massive Colossi set up by the Queen of Sheba to guard King Solomon's mines against invaders.

Ashtoreth, along with Chemosh and Milcom, was left by the Queen of Sheba to guard the Golden Asp, the entrance to King Solomon's mines, the resting place of the Legendary Titan of Spirit, Tao. The three Titans lay dormant in the form of statues for many years. S1E22

The three Colossi were woken after Cherit pressed the eye of the Golden Asp which had been found by Dante Vale, Lok Lambert, Sophie Casterwill. S1E22

After the Organization arrived, Ashtoreth was hit by a misdirected Bladewave from Rassimov, causing her to attack turn her attention to the Suits. However, the Professor hypnotized the Colossi using his Ring of Araknos, sending the guardians to delay ​Dante Vale and his team. The three colossi succeeded in delaying Dante's team until the the arrival of Montehue and Tersly. After fighting against Icarus and Tolivane, Ashtoreth was attacked and pinned down by Lindorm and Fenris and defeated by Lok Lambert. S1E23

Ashtoreth has the highest defense stats of the three colossi. Her "High Power Blasts" ability allows her fire offensive energy bolts from her hands. S1E23 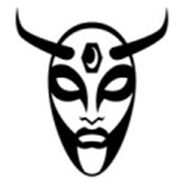 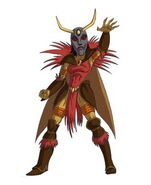