Baselaird is a Krono-Titan inherited by Lok Lambert from his father, Eathon Lambert, and appears as a warrior of the sun. Though his base stats are relatively low, Baselaird quickly became one of Lok's primary Titans. With Baselaird's large shield and powerful curved sword, this golden-armored Titan is not one to be trifled with.

Baselaird was one of Eathon Lambert's best Titans and was later recovered by his son, Lok Lambert, at the Temple of Poseidon near the entrance to Atlantis. S1E20 Lok has since used him in battles against the Organization and other evil Seeker forces. Baselaird was used in conjunction with Dendras in the final battle against the Professor to control Overlos. S1E26 With the emergence of the Blood Spiral and Wilder as the head of the Organization, Baselaird became Powerbonded. S2E27

A favored Titan of the legendary Seeker, Eathon Lambert, Baselaird is among the purest brawler Titans. He possesses no magical attacks, but rather is totally reliant on his strength and martial abilities in combat. He is also fast and tough, making him a very useful titan. When Baselaird is used in synchronization with Dendras, the twin dragons gain the ability to control the targeted Titan.

When the bond with his Seeker became stronger, Baselaird became stronger as well as changing significantly in appearance. Where his armor was originally mostly brown and covered a majority of his body, golden armor now predominantly covers his torso with a long red cape attached to it, and a portion of his legs with golden boots while some skin can be seen on his arms and legs. His helmet - where it once showed his eyes along with five small spikes, changed to have three long, curved spikes protruding from it, now concealing his eyes. He became able to communicate with his Seeker via telepathy and respond to his commands. Baselaird's shield and sword both became considerably larger in size. His Powerbonding abilities include:

Another ability, Focus Blade, allows Powerbonded Baselaird to lend his energy to his Seeker so as to enhance their offensive strikes - this was used once to aid Lok Lambert in defeating the Titan Shakrit. S2E45 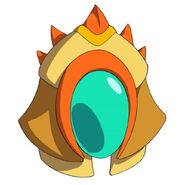 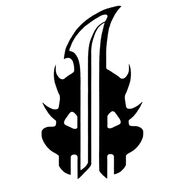 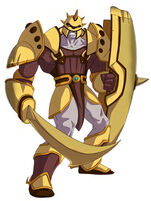 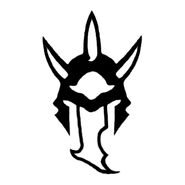 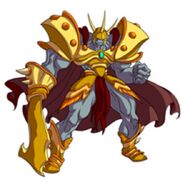 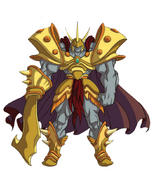