Bellona is a Krono-Titan resembling a fierce lion adorned with the armor of an ancient Roman gladiator. The defensive Bellona Titans are also related to the offensive Hoplite Titans.

Bellona Titans were favorites of many Seekers in ancient Rome due to the defensive manner in which the Titans fought in combat.

Bellona Titans are primarily defensive Titans who wear armor and who bear a large shield to protect themselves or other Titans behind their lines. Bellona Titans also wield a small sword, but are less skilled in offensive combat. 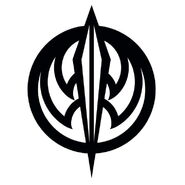 Bellona's Icon
Add a photo to this gallery

Retrieved from "https://huntik.fandom.com/wiki/Bellona?oldid=79511"
Community content is available under CC-BY-SA unless otherwise noted.