Brahe is a large, golem-like Titan whose massive body is covered in ancient runes. Rumor within the Organization states that the mad scientist, Klaus, experimentally created Brahe from a Metagolem Titan. Brahe is also related to the Coralgolem, Undergolem, and Chaingolem Titans.

Brahe is thought to have been created as one of the scientific and magical experiments of Klaus through modifying a Metagolem Titan. Huntik.com

Klaus invoked Brahe in the Valley of the Kings, Egypt, to outnumber Dante Vale's team. The Huntik team, who were outnumbered, retreated without engaging against Brahe. S1E14

Klaus later invoked Brahe in his laboratory when Dante's team found Klaus' whereabouts. Brahe fought against Metagolem, but Brahe was initially overwhelmed. Klaus then used the Strikemode spell to power Brahe up, making him much stronger than Metagolem. Dante used Stopglue on Brahe to prevent him from sending Metagolem back to his Amulet, though Klaus freed Brahe by using Hexkill. He then threw rocks at Lok, who was flying with Kipperin. Brahe then fought against Sabriel, though Sabriel was able to dodge his attacks. Brahe proved ineffective as Dante's team ultimately left with the Spear of Vlad the Impaler, the item that they were after. S1E16

Klaus invoked Brahe for the last time on the rooftop of the Castle of Vlad Dracul when his spy, Zhalia Moon, betrayed him. Brahe again fought against Dante Vale's Metagolem. Metagolem jumped onto Brahe, which caused both Titans to fall of the roof. S1E17

Like Metagolem, Brahe is made of durable stone. As a large Titan, his strength comes at the expense of speed, rendering Brahe less able to dodge oncoming attacks. However, with a punch that can send most weaker Titans back to their Amulets, this exchange may prove useful in battle. In addition to his bulk physique, Brahe is also able to fire rocks from his hand with great force.

Brahe was named after Tycho Brahe, an astronomer and alchemist from Denmark during the 1500's. Brahe's Seeker, Klaus, is likewise a scientist and alchemist, contrasting Brahe's characteristics of being very strong but dumb. Seekers theorize that Brahe was once a Metagolem Titan that Klaus "improved" with the runes which cover its body. Huntik.com 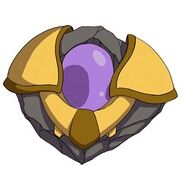 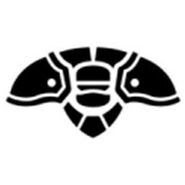 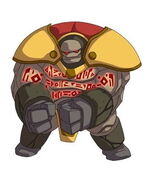