Caliban is a powerful and rare Meso-Titan who possesses the fury of an Aztec warrior. This masked warrior, like the lion, represented power and fierceness to the Aztec people. Due to Caliban's strong will, only a very strong and talented Seeker can bond with this Titan. Caliban is closely related to the Caliban Ocean Warrior Titans used by the Casterwill family.

Caliban inspired many legends about mighty warriors and vengeful spirits in Central America based on the sightings of these Titans by the native people, particularly the Aztecs. Huntik.com Two of the Aztec rulers used two Caliban Amulets in order to conquer their enemies to expand their empires. HM#01

One Caliban Amulet was later found by the Huntik Foundation operative Simon Judeau who used it to save the life of his friend Metz at the Temple of Tecobai. S1E25 Metz eventually obtained Simon's Amulet and later gave it to his young charge, Dante Vale. S1E19 Dante took more than a year to learn how to summon and use Caliban in battle because this Titan is hard to control due to its willful and aggressive nature. source? Caliban, having powers rivaling even some Legendary Titans, requires a vast amount of energy from his Seeker, and through training, under his old martial art's mentor, Master Storm, Dante went from only being able to summon Caliban for about a minute to being able to summon the Titan for longer durations. source?

Caliban's ferocious attitude makes his martial arts execution be more reckless than those of Titans such as Sabriel and Freelancer. This unpredictable nature makes him an enormous advantage against more formal combat styles. He bears armor of the finest quality and is equipped with a massive, powerful blade. He is also extremely strong and fast. Because of this power, Caliban Titans have been used to cause the rise and fall of whole empires at the hands of many Seekers, both good and evil, and to shape the future of Earth.

When the bond with his Seeker became stronger Caliban obtained a stronger appearance with golden armor, longer hair, and an energy blade. Like the other Powerbonded Titans, now he can communicate telepathically with his Seeker. His Powerbonded abilities include:

Caliban was designed to be a powerful and exotic Titan. Though originally designed more like a samurai, his design later took more influence from an Aztec warrior. His arms were given spikes, and his face was covered by a strange mask. He was given long hair akin to that of a lion as well as a more cybernetic appearance. Throughout the designing process, the core of Caliban has been his skill and prowess. Huntik.com 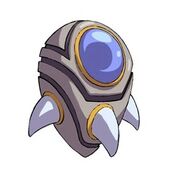 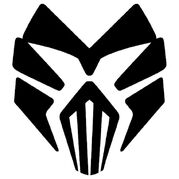 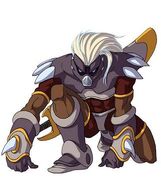 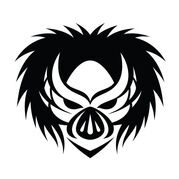