A close cousin of Caliban, Caliban Ocean Warrior is often thought to be a product of Casterwill magic, created to defend their coastal and sub-oceanic strongholds. In reality, Caliban Ocean Warrior is an entirely original, unaltered Titan, who happens to be a powerful warrior Titan in such environments. For this reason, they have been collected by Casterwill elders for so many centuries. Huntik.com

The Mermen of Atlantis invoked three Caliban Ocean Warrior Titans during Dante Vale's Test of Skill in response to Dante's invoking Caliban. After Dante's Metagolem was countered with three Coralgolem Titans, the Mermen explained that they each were able to invoke an equivalent Titan to whatever Dante summoned. Dante's Caliban was then defeated by two Caliban Ocean Warrior Titans. Seeing an opportunity, Dante invoked Behemoth as Legendary Titans have no equivalents. The Mermen and their Titans were defeated when they attempted to do the impossible and invoke an Atlantian equivalent to Behemoth. S1E21 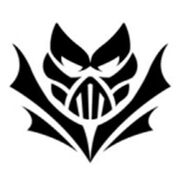