Cavalier is a powerful armored Titan, a fighter, through and through. His armor is enchanted, his blades burn eternally, and his passion for battle is unmatched.

Cavalier was a Titan who was the strongest in Camelot. It would only bond with noble, worthy, loyal men. Cavalier's Amulet was used in England, and he bonded with Sir Lancelot.

Both the Huntik Foundation and the Organization became aware of Cavalier's Amulet and went to the Mausoleum of Sir Lancelot recover it. After overcoming many traps and obstacles, Lok Lambert and Dante Vale reached the room where Cavalier's Amulet kept along with numerous ancient Casterwill tomes. However they were ambushed by Rassimov who went and reached the Amulet. When this worthy Titan refused to bond with Rassimov, Cavalier was destroyed by Rassimov's Darkvoid spell along with the room of books, with Rassimov declaring that if he could not have the power then no one would. Sophie later studied Cavalier on the Cypherdex and deduced that it was no surprise that Cavalier would not bond with an evil man like Rassimov, while Dante hauntingly confirmed to Guggenheim that, without a doubt, Cavalier had been destroyed by Rassimov's devastating power. S1E18

Cavalier has the ability of flight and can use flaming swords in battle. As a powerful brawler titan, Cavalier only bonds with a worthy and pure hearted seeker. His fighting prowess and victories are legendary among Seekers. 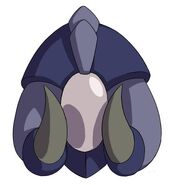 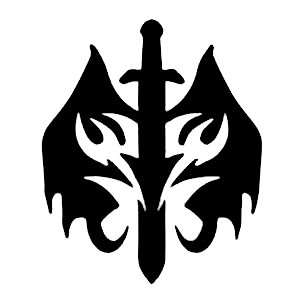 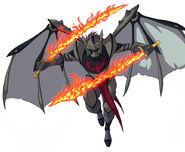