Chaingolem is a Litho-Titan who is used by the Huntik Foundation and whose body is composed of a multitude of chains. He is a smaller, weaker counterpart to the other known golem Titans which include Metagolem, Coralgolem, Undergolem, and Brahe.

Chaingolem battled with a Jokoul Titan and was able to demobilize it with his chains. OAL-034

Chaingolem appears to be able to control chains and use them as a weapon, similair to the Psikofen Titans. In comparison to the other golem Titans, Chaingolem has the weakest stats, although this fact means that he requires less energy to invoke. His 'Large Stride' ability allows him to cover great distances when he moves. 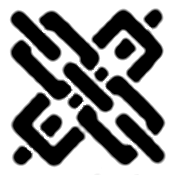 Chaingolem
Add a photo to this gallery
Retrieved from "https://huntik.fandom.com/wiki/Chaingolem?oldid=71819"
Community content is available under CC-BY-SA unless otherwise noted.