Huntik Wiki
Register
Don't have an account?
Sign In
Advertisement
in: Need to rewrite, Titans, Yama-Titans,
and 5 more

Cherit is a unique Titan known to Seekers. By some unknown accident or genius operation, his essence became separated from his Amulet thousands of years ago. Unlike his other Titan cousins, Cherit is always invoked and somehow manages to stay anchored to our reality despite the separation from his Amulet. Another result of this separation is Cherit's ability to communicate in human language. He is the only Titan in recorded history to do so, aside from Madea, as Titans communicate with their human counterparts through telepathic impression. He is a friendly and endearing little fellow and best friend to Lok Lambert, whom he loyally accompanies, providing both wisdom and companionship.

Cherit was once a Titan of Lord Casterwill, the first Seeker, and was called to assist in a confrontation against an ominous figure. S1E18 The two considered each other to be good friends. S2E30 At some point, however, Cherit's Amulet was lost, causing him to be constantly anchored to Earth for over 60,000 years. Huntik Magazine Cherit has since revealed that he can no longer recall what his Amulet looks like. S2E33

During his interactions with humanity, with whom he was quite interested, Cherit noticed that non-Seekers could not communicate with the Rapport-Bond. He, thus, undertook to communicate through speech, though doing so initially proved to be difficult. S1E10

Cherit eventually met and befriended Eathon Lambert. Huntik.com Through Eathon, Cherit made the acquaintance of Dante Vale and accompanied him following the disappearance of Eathon. source?

Through Dante, Cherit also met and befriended Lok Lambert, Eathon's son, who had just entered into the world of Seekers and Titans with whom he formed a very strong friendship along their numerous adventures together. S1E01 Cherit then adventured alongside the team of Lok Lambert, Sophie Casterwill, Dante Vale, and Zhalia Moon, protecting the world from the evil Organization.

Cherit is capable of flight using his bat-like wings and has displayed the ability to fire energy blast from his mouth, powerful enough to destroy most other Titans with a single blast, although it leaves him exhausted afterward. S1E02 After training with the Huntik foundation since the fall of the Professor, however, Cherit can fire a blast and still be flying; at one point, he fired twice and was still okay. S2E30 Still, despite this, he does show some signs of exhaustion after a blast. S2E31 Cherit has the ability to give other members of his team a power boost through a similar energy blast, which Lok nicknamed 'Energy Charge'. S1E16 He also has the ability to perfectly mimic peoples' voices. S1E09

Due to having been invoked for thousands of years, Cherit can speak and decipher many ancient languages, such as when he translated ancient Egyptian so as to aid Lok Lambert and Sophie Casterwill in a puzzle. S1E15 Another case was when he translated ancient French to describe the personality of the Casterwill seer, Nostradamus, whom Cherit described as being friendly. S2E28

Cherit is also an extremely good chess player. He has hinted that he has been around at least since the invention of chess with some indication that he was involved in its invention. S2E34 He also has some skill at playing the pipe. S2E42 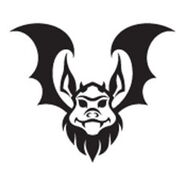 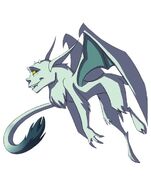 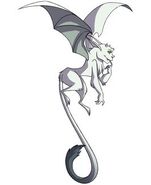 Cherit in his original orange form