Coralgolem is the favored defender of Casterwill coastal and sub-oceanic strongholds; the family of Seekers will do anything to add another rare Coralgolem to their collection. The Mermen Seekers also summoned Coralgolems to counter Dante Vale's use of Metagolem in the Test of Prowess to enter Atlantis.

Three Coralgolems were summoned by the Mermen in Atlantis when Dante invoked Metagolem. One of the Coralgolems slammed into Metagolem, sending him back to his amulet. Caliban was able to cut one of the Coralgolems' hands off, but he was sent back to his amulet by the spears of the Caliban Ocean Warrior Titans. Dante then invoked the Legendary Titan of Body, Behemoth. The Mermen attempted to copy Behemoth, but failed because there is no equivalent to a Legendary Titan. The Mermen and their Titans were defeated as a result. S1E21

One Coralgolem was invoked by Nimue Casterwill, along with Undine, as Sophie's challenge to gain the Amulet of Sorcerel. Sophie managed to evade all of their attacks, even causing Coralgolem to be hit with one of Undine's whirlpools. Coralgolem attacked Sophie again as she attempted to bond with Sorcerel from afar, but she again dodged it. As Coralgolem attempted a final blow, Sophie managed to Powerbond with Sabriel, who had been thought to be lost. Both opposing Titans were sent back to their Amulets, with Sophie gaining the Amulet of Sorcerel from the challenge. S2E29

Another Coralgolem was invoked by Focauld Casterwill and the Rue Guardians from statues within the Fortress of Iron Will, as were several Feyone and Icarus Titans, as the Casterwills' defense system against the oncoming Blood Spiral army. S2E40

Coralgolem Titans, like Metagolem, are extremely durable Titans. Their physical size provides them with great strength, although it renders their movements slow. When used together as a team, these powerful colossi are able to hold back almost all but the most calculated of assaults.

Click here to view the full Gallery for Coralgolem 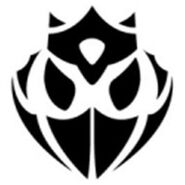 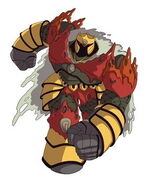 Coralgolem
Add a photo to this gallery

Retrieved from "https://huntik.fandom.com/wiki/Coralgolem?oldid=89785"
Community content is available under CC-BY-SA unless otherwise noted.