Start a Wiki
Dark Dryad is a Krono-Titan with green skin and golden armor who specializes in nature-based attacks with her control over roots and vines. Dark Dryad is the primary Titan of Stack, a member of the Organization.

Dark Dryad was used to sabotage the Huntik team's mission but failed to capture them by the waterfall containing the Nexus. She later was used to fight Elf King Oberon, immobilizing him with her roots for Myrmidon to finish him off. After Wilder's team were defeated, she created a forest of vines so that Lok Lambert's Powerbonded Baselaird could not follow them and that Zhalia Moon could not track them. S2E27

She later was used to attack the Huntik team's speedboat and managed to defeat Undine the Water Spirit at Avalon. She was then ordered to return by Stack, who planned to follow them. S2E30

She was again used to capture Dante Vale, Sophie Casterwill, and Zhalia Moon at Klaus's Bookstore, but they were freed with the help of Cherit and Springer. Dark Dryad then fought with Sophie's Sabriel but was defeated by a Nullcurse spell cast by the Silent Soldiers who had bombarded the operation. S2E32

Dark Dryad's principal ability is controlling roots and vines and using them to immobilise her opponents. She can also whip and slash at her enemies and can move quickly, Dark Dryad is also able to use her control over plant matter for camouflage or to obscure a tactical retreat. S2E30 S2E27 Due to these abilities, she is an excellent Titan for ambushing the enemy. S2E32 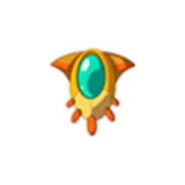 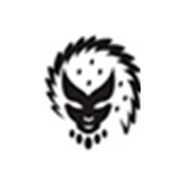 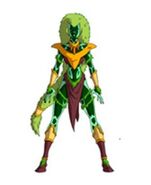 Dark Dryad
Add a photo to this gallery

Retrieved from "https://huntik.fandom.com/wiki/Dark_Dryad?oldid=89722"
Community content is available under CC-BY-SA unless otherwise noted.