Dark Pharaoh is a mysterious four-eyed Titan. He levitates across the battlefield, striking fear into the hearts of his enemies. This Titan has no arms, but that doesn't mean it doesn't pack a powerful punch, so to speak.

Dark Pharaoh is a Blood Spiral Brotherhood Titan that was in the possession of Rassimov. S1E22

Rassimov later gave Dark Pharaoh to one of his Suits. The Suit invoked it to fight Solwing and Caliban. It was defeated by Dante Vale's Touchram spell. S1E22

The same Suit invoked Dark Pharaoh to participate in the large battle in King Solomon's Mines. Dark Pharaoh fought Feyone but was defeated by Tao, the Legendary Titan of Spirit. S1E23

A Dark Pharaoh Titan was in the possession of Omeed, an Organization operative. LGS-044

Dark Pharaoh can pull air into his ethereal body through the nose-like structure on his face; however, most Seekers believe he pulls more than air from his enemies. Many believe he can consume courage, strength, and power, as well as happiness. Dark Pharaoh's Sandsweep ability lets him glide through the air and fire balls of sand at enemies. 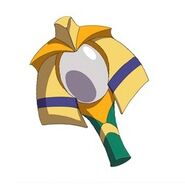 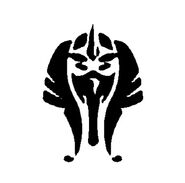 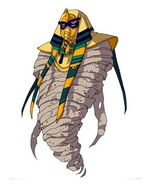