Demigorgan is a goat-like Titan with orange armor and disproportionately large arms. As the Legendary Titan of Betrayal, it is the personal Titan of the Betrayer and can alter its appearance at will.

Demigorgan was disguised as Eathon Lambert's Holotome and was planted so that Lok Lambert would find it. As such, Demigorgan allowed the Betrayer to send false information to the team. S2E51

In the battle between the Blood Spiral and the Casterwill-Foundation alliance, was invoked by the Betrayer and was revealed to have been feeding information to the Huntik Foundation. S2E51 Demigorgan fought against Den and Harrison Fears and their respective Titans, Dullahan and Jericho, easily defeating Dullahan.

When Lok Lambert and Sophie Casterwill joined the fight, Demigorgan created copies of the Huntik team to send their Titans back to their Amulets and subsequently take on the forms of these Titans. These clones were defeated by Powerbonded Pendragon, but a subsequent copy of the original Champion of Casterwill was able to subdue. However, Demigorgan was defeated and its Amulet destroyed by Quetzalcoatl's energy channeled through the Willblade. S2E52

Demigorgan is a creature that is made of crackling energy that is able to transform as required into what suits the situation, including transforming into a functional Holotome. S2E51 Another ability allows Demigorgan to subvert the Rapport-Bond through creating copies of a Seeker or Titan. These copies are then able to hypnotize opponents through manipulation of the Bond. Demigorgan is also capable of firing energy blasts from its mouth. As a Legendary Titan, Demigorgan is able to withstand a lot of damage before being sent back to his Amulet. Demigorgan also, despite it's size, is able to move fairly quickly. S2E52

Click here to view the full Gallery for Demigorgan 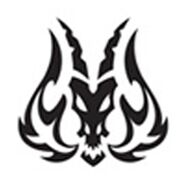 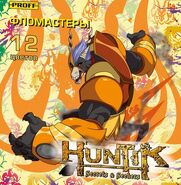 Copies of Lok, Sophie and Zhalia

Retrieved from "https://huntik.fandom.com/wiki/Demigorgan?oldid=89416"
Community content is available under CC-BY-SA unless otherwise noted.