Lok invoked Dendras to fight against Wilder whilst trying to recover the Willblade in the ruins of Avalon. Using Bubblelift, Lok and Dendras were able to take control of Incubane. However, Wilder then invoked a new Titan, Divine Mirror Kagami, which reflected Dendras' ability against him, thus giving Wilder control over him. After a defeated Lok grabbed the Willblade, Dendras attacked him alongside Wilder, Incubane and Kagami. Lok then invoked Pendragon, the Legendary Titan of Champions, who broke Wilder's control, returning Dendras to Lok's side. S2E30

Dendras was invoked in the cave of Medusa during a surprise attack on the Blood Spiral Seeker Kiel in a plan coordinated by Zhalia Moon. Lok then used Bubblelift to enable Dendras to successfully neutralize Kiel's Titan, Vulcana. Dendras was later defeated however by a Nullcurse from Marduk, Kiel's right hand man. S2E35 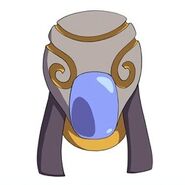 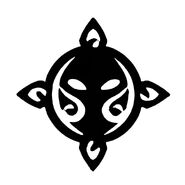 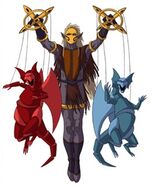