Dervish is a quadrupedal Swara-Titan with an insectoid abdomen and a bestial head with four horns. Its body is covered in dangerous, barbed spines from head to toe, and even blocking his strikes can be fatal.

Dervish was invoked by Shauna, together with Ash, when the Blood Spiral attacked the Huntik team to gain Eathon Lambert's journal, the Amulet of Will, and the Rings of the Legendary Titans. Dervish used its Paralyze ability to paralyze Sabriel so that Ash could send Sabriel back to her Amulet. Dervish later hit Baselaird in the back and Lok Lambert in the belly. The defeat of the Huntik team allowed Shauna to claim the Amulet of Will and Eathon's journal, but she was unable to locate the Rings. S1E24

In Rotterdam, Dervish was invoked by Shauna, again alongside Ash, to attack Dante Vale. However, the two Titans were defeated by Powerbonded Caliban. S2E33

Diaz's Suits invoked Dervish alongside Redcap and Bonelasher whilst making their escape after kidnapping Cherit, but they were quickly chased off by the Titans of the Huntik team. HM#16

Dervish can use its Paralyze ability to breath a green mist that can temporarily paralyze enemy Titans and Seekers. S1E24 Combined with the spines on its body and offensive Zap Ray, Dervish can eliminate its targets with relative ease. OAL-020 Being a great help in combat by assisting it's Seeker by paralyzing it's opponent, be it both Seeker or Titan, easily weakening them for it's allies to finish them off. S1E24 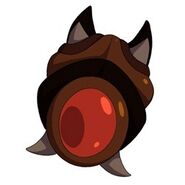 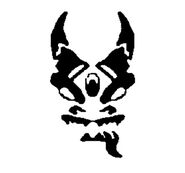 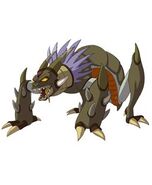 Dervish
Add a photo to this gallery

Retrieved from "https://huntik.fandom.com/wiki/Dervish?oldid=79135"
Community content is available under CC-BY-SA unless otherwise noted.