Divine Mirror Kagami is a floating mirror Yama-Titan dressed in a red robe with long flowing veridian hair. Kagami's Amulet was found by Hoffman and Eathon the dog in in a cave in the Japanese Chu-Goku Mount. It was given to Wilder who later gave it to Stack for use in infiltrating the Blood Spiral.

Divine Mirror Kagami's Amulet was found underground at the Chu-Goku Mount in Japan by Eathon, the Professor´s dog, who was in the care of Hoffman. This Titan was said to hold the potential to defeat Dante's team, thus being assumed by the Organization to be a rare and powerful Titan. S2E30

Divine Mirror Kagami's Amulet, upon being retrieved, was then given to Wilder. Kagami was camouflaged with Stack's Hidesight spell in order to ambush Dante Vale's team by using its ability to reflect the Stonegaze ability of King Basilisk back at Dante, Caliban and King Basilisk. Wilder later used Kagami's ability upon entering the castle ruins containing the Willblade, to reflect the ability of Dendras, taking control of him. Kagami's control was eventually broken by Pendragon, the Legendary Titan of Champions, who proceeded to defeat both Kagami and Incubane, sending them back to their Amulets. S2E30

Wilder used Kagami again, this time at the Road of Alchemists in Prague, Czech Republic to stop Lok, Sophie and Cherit from finding information on Void. Though the three was captured, they later were freed by the Huntik Foundation and the Casterwills. S2E31

As part of their plan to infiltrate the Blood Spiral, Wilder gave Kagami's Amulet to Stack to help him recover the coveted Titan Medusa as proof of his allegiance. Stack attempted to use Kagami's ability against Medusa, but Medusa's Stonegaze ability did not turn her to stone when reflected back. After a long battle, Medusa defeated Kagami before being called off by Lok Lambert. S2E35 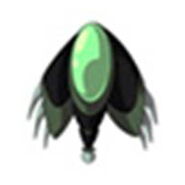 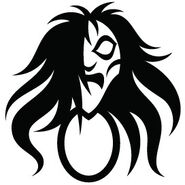 Divine Mirror Kagami
Add a photo to this gallery

Retrieved from "https://huntik.fandom.com/wiki/Divine_Mirror_Kagami?oldid=89196"
Community content is available under CC-BY-SA unless otherwise noted.