Kiel barely managed to summon this Titan after Sophie Casterwill had defeated him. Efreet King defeated Mythras by using fire from its eyes. If Lok Lambert and Powerbonded Kipperin had not distracted it, this Titan would likely have killed the battle-worn Sophie. Lok defeated Efreet King only with the aid of the Willblade and a spirit-like form of Pendragon, summoned as the Casterwill family performed an ancient ritual from within the stronghold in the cave. S2E40

Like Kiel's other fire-based Titans, Efreet King can shoot fire from its mouth and eyes. It is powerful enough to defeat even a Legendary Titan, Mythras. Efreet King has also a strong defense and is even able to remain unscathed when he was attacked with the Willblade. 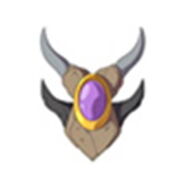 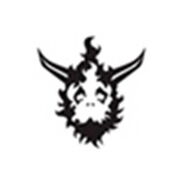 Efreet King
Add a photo to this gallery

Retrieved from "https://huntik.fandom.com/wiki/Efreet_King?oldid=71605"
Community content is available under CC-BY-SA unless otherwise noted.