Elf King Oberon is a pale-skinned Gaia-Titan who wields a traditional Elven leaf-like sword. Donning a golden mask and red cape, he is a majestic swordsman who can create dazzling spheres of yellow energy. Oberon's Amulet is under the ownership of Dante Vale.

Dante obtained the Amulet of Elf King Oberson sometime after the defeat of the Professor and prior to the discovery of the Nexus in Peru. Oberon was invoked alongside Zhalia Moon's Gar-Ghoul to fight against three Gigadrone Titans summoned by the new Organization team led by Wilder. He attacked Dark Dryad and knocked her back, but she entangled him in vines to allow his defeat by Myrmidon. S2E27

Dante's Elf King Oberon was invoked to fight against Kiel's Balenpyre outside the Temple of Sun in Mexico. After a fierce battle, the two Titans sent each other back to their Amulets. S2E38

On the island of the Phoenix, Oberon was used to release a pile of logs on a Casterwill Hunter and a Harlekin which rolled over them. Oberon quickly finished off the escaping and now quite angry Harlekin. S2E45

At the tomb Nostradamus, Oberon was used alonside Den Fears' Dullahan to battle Marduk's Psikofen and to buy Dante the time he needed to locate the Spiral Mark. After kicking Psikofen down the steps of the tomb, Oberon was then demobilized by Psikofen's chains before defeating Marduk's Helinx Titan. S2E49

Elf King Oberon is an excellent swordsmen, so he knows how to defend himself at close and long ranges. Using energy blasts from its hands, he can attack from a safe distance if necessary. He is also quite swift on his feet. He is best used when outnumbered as he is great at defeating many enemies at once. 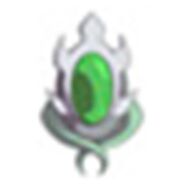 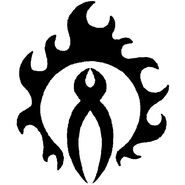 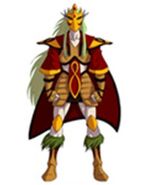