Fenris is a powerful wolf-like Titan, the only known specimen of which once roamed through the caves under the Temple of Thor. This wild and animalistic Titan was later used by Montehue, becoming among his choice Titans in the fight against evil Seeker groups. Many Seekers think Fenris and Wolf Knight were behind the legends of werewolves.

While both the Huntik Foundation and the Organization were trying to apprehend Mjolnir, the Hammer of Thor, the wild Titan, Fenris, was also discovered past the Door of Infinity. Fenris attempted to attack Dante Vale's team, but was eventually secured with the Rope of Gleipnir and some help from Springer. As the magical rope could not be broken, Fenris was constricted and send back to his Amulet.

Fenris was first heard of being in Thor's Caves. The group went inside to get past the guards and go past the door of Infiniti to meet the wild Titan, known for being extremely dangerous and living inside. When they first met Fenris, Fenris attempted to attack them all, and they narrowly escaped. They untied the sacred rope with some help from Springer and harnessed him. Fenris' Amulet appeared, and he returned inside of it. Montehue helped Dante's team to escape, and was given Fenris' Amulet as Dante felt the Titan would bond readily to a Seeker with a character like that of Thor. S1E08

During the mission to acquire the Ring of Tao, Fenris battled against Dominator. Dominator's spikes became lodged in Fenris, and and Dominator's Spikes ability caused Fenris to temporarily revert to his berserk state. S1E23

Fenris was later used by Montehue to fight against a Silent Soldier's Shadow Kuolit. Fenris proved to be faster than the Shadow Kuolit, who attempted to slice him, but the shadows from Shadow Kuolit's body attacked the wolf Titan. S2E44

Fenris fought in the battle at the Blood Spiral Base. He saved Scarlet Byrne from a Nighlurker Titan before being floored by a Marauder but was saved when the Marauder was defeated by Scarlet's Firbolg Titan. S2E51

Unlike other Titans, Fenris was able to draw his power from the walls of Thor's Temple in order to remain active and rabid, for centuries. The Guardians of Thor feared Fenris' immense strength, speed, and wild nature. His senses are as keen as those of a wolf. His claws are razor sharp, and his jaws are strong enough to crush bones and masticate flesh. All of this, combined with his ferocious predatory nature, makes him a very dangerous Titan to encounter, as he will attack anything, with an unprovoked viciousness similar to a rabid animal. 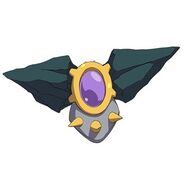 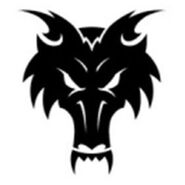 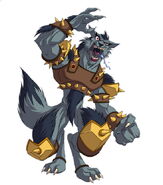 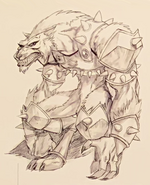