Feyone is a Celtic-Irish warrior like Gybolg. Seekers in old Ireland used Feyone Titans to break through lines of enemy warriors so they could challenge the leaders directly.

Once known as a favored Titan of the Amazonian tribe of female warriors, Feyone was often mistaken as human at a distance and would thus lure in would-be attackers. But the fact that Feyone was quite a bit more than human would become immediately obvious to whichever unfortunate foe was first to engage her on the battlefield, though said foe would rarely have time to process this realization. Huntik.com

In the modern age she is now used by members of the Casterwill family, including Lucas and Sophie Casterwill, and is a common partner Titan for Icarus. Feyone Titans were also one of the favored defenders of the Fortress of Iron Will. S2E40

Feyone is equipped with the unusual combination of light armor and heavy weaponry. With little more than a helmet and leather protecting her from attacks, one would think this female brawler Titan was doomed to fall to a well-placed jab, but she leverages her lack of armor perfectly, moving with a speed and grace that no armor-clad Titan can match. Watching her dodge the strikes of her enemies is like watching a giant do gymnastics: it doesn't seem possible with her size, but Titans regularly surpass the expectations of humans. Feyone is also able to project an energy beam from her hands when outstretched. She carries herself with serenity both off and on the battlefield. She is also very skilled with her sword. 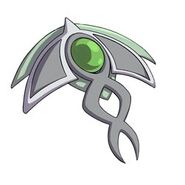 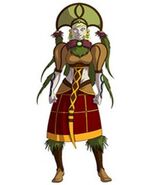 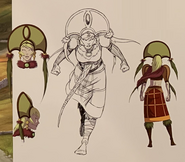