Start a Wiki
Gigadrone is a flying, insectoid Swara-Titan with six appendages, four of which serve as arms. Able to fire laser blasts from his eyes, this Titan is commonly used alongside Venomaster by Wilder's Suits, serving a similar purpose to the Mindrone and Enforcer Titans by specializing in ranged aerial attacks.

Gigadrone was used alongside Venomaster by a Suit from The Organization now led by Wilder to ambush and destroy the Huntik team. It fought Dante Vale and his Caliban but was defeated by Lok's Raijin the Thunderbolt. Three more Gigadrone Titans were later used by Wilder's forces outside the waterfall cave in an attempt to stop Dante Vale and Zhalia Moon. After fighting Gar-Ghoul and Elf King Oberon, the final Gigadrone was defeated by the newly Powerbonded Baselaird's 'Sword Strike' ability. S2E27

Two Gigadrones were used by Wilder group of Suits outside the Crystal Caves to ambush the Huntik team and destroy their tents. One pursued Lok and Cherit and chased them through the woods. Despite catching up, Gigadrone was defeated by Powerbonded Kipperin's 'Light Burst' ability. Two more were later seen accompanying the Organization boats to Avalon. S2E30

Gigadrone was summoned by a Suit to fight alongside Venomaster against Dante's Metagolem but was defeated by Lane's Wildwood Druid when Lucas Casterwill and his team intervened. S2E31

Wilder attempted to summon Gigadrone against Powerbonded Breaker but he was stopped by Grier. S2E46

Gigadrone is able to fly quickly and nimbly, adept at maneuvering through tight spaces such as forests where trees would block a larger Titan's movements whilst his appendages allow him to move at great pace over terrain. S2E30 Gigadrone's key strength of attack lies in his ability to fire energy blasts from its eyes, powerful enough to defeat a Titan like Januseea S2E32 and disorientate larger enemies such as Metagolem while staying out of reach. S2E31 It is also quite strong, and has good eyesight. 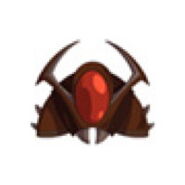 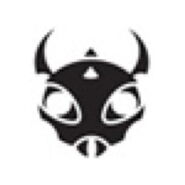 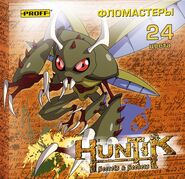 Gigadrone
Add a photo to this gallery

Retrieved from "https://huntik.fandom.com/wiki/Gigadrone?oldid=79454"
Community content is available under CC-BY-SA unless otherwise noted.