Giochi Preziosi is an Italian toy company that oversaw the creation and distribution of merchandise for Season 2 of Huntik: Secrets & Seekers in Europe and Russia in 2011. Their toys included a range of miniature figures, Amulet launchers, 15cm Action figures and an Interactive Willblade roleplay sword.

These Powerbonded Titan action figures each came with a plastic Amulet that could be inserted into the back of the figure to activate light and sound effects. 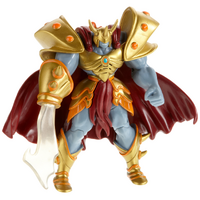 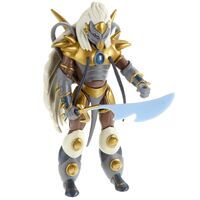 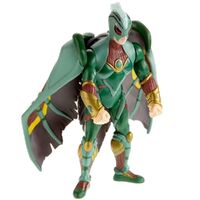 The Titan miniatures were sold a small sachets each complete with a figure, a card containing the Titan's info and a collector's leaflet. Each Titan figure was imprinted with its Icon, only visible under the UV light of one of the Amulets, operated by pressing its gem. Measuring 6cm, the same as the Season 1 minis released by Panini, the figures were notably more colorful and detailed than those prior.

These 6 exclusive figures were only available in Italy:

By pressing a switch, the Amulet would burst open and shoot out the Titan on a wheeled platform. 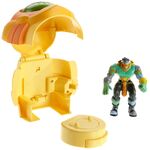 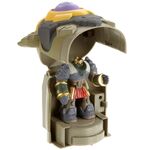 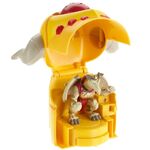 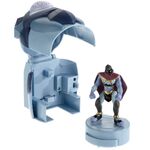 The Willblade was released as a role play sword which could extend from 40 cm to 70 cm when activated via motion. When its puzzle on the handle is solved, it reveals a secret compartment, as seen in Chasing Void. Included with the sword is an exclusive miniature figure of Powerbonded Pendragon which fits in the compartment. 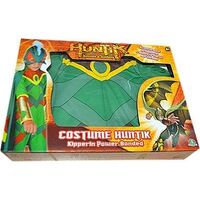