Goblin Brownie Titans influenced the legends behind the goblins and the brownies. Goblins in European lore were known for their mastery of tricks and deception. The brownies appeared in Celtic and European legends as some of the more mischievous fairies. When caught, they would serve as free servants who worked for table scraps for the rest of their captor's life.

A Goblin Brownie had been one of the primary Titans used by Simon Judeau during his adventuring days while he traveled with Eathon Lambert and Metz. After Simon donned the alias of "the Professor" and formed the Organization, Goblin Brownie was invoked less frequently as Simon operated from the shadows while afflicted with his curse. During the search for the Ring of Tao, Goblin Brownie was again invoked in order to stop a trap that the Professor had triggered within the underground stairway. S1E23

Goblin Brownie is able to reset tripped traps by tapping an area affected by the trap with one of his flags in order to disarm them. S1E23 By twisting sigils of magical energy into existence using a pair of enchanted flags from his vast collection, Goblin Brownie can create powerful defensive walls to protect his allies, or conjure curses he can then fire at his enemies. Huntik.com 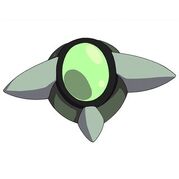 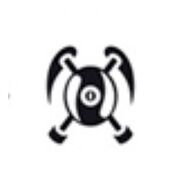