Grand Dragon Leviathan is the Legendary Titan of the Deeps. This Titan resembles a massive, green, serpentine dragon, much like Shakrit. Leviathan's wings are small with respect to its body, contrasting Shakrit's much larger wings.

Grand Dragon Leviathan rose from the canals of Venice, Italy, and fought the Huntik team along with Ignatius, Icarus, Kipperin and King Basilisk. HC#08

Sophie Casterwill used it to dive down deep underwater with the Huntik team. HC#10

Grand Dragon Leviathan is quite fast due to its incredible speed. It can fire devastating blasts of water from its mouth. This Titan is also able to transport Seekers underwater. 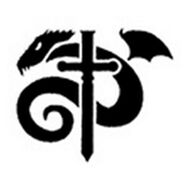 Grand Dragon Leviathan
Add a photo to this gallery

Retrieved from "https://huntik.fandom.com/wiki/Grand_Dragon_Leviathan?oldid=65914"
Community content is available under CC-BY-SA unless otherwise noted.