Gremlow is a rat-based Titan with the ability to create a swarm out of clones of itself. Though weak on its own, this Swarm ability makes this Titan able to overwhelm even a team of Seekers. It was the basis of the invading rats of legend that were led away from Hamelin, Germany, by the Pied Piper.

The Pied Piper once used his flute to stop a swarm of Gremlow Titans in Hamelin, Germany, during the Middle Ages. When Gremlow was again awakened in Hamelin Cathedral, these goings-on were investigated by the Huntik Foundation under Guggenheim. However, once a clone created by Gremlow's Swarm ability was defeated, it would simply multiply into two more Titans. When initial investigations proved futile, Sophie Casterwill ordered a retreat.

After purchasing a flute from the Hamelin market, Sophie returned and played the magical song from the cathedral's stained glass windows. It was used to charm the Gremlow Titans back into the Amulet embedded in the stained glass. Though Gremlow's Amulet was left in the cathedral, it transformed Sophie's flute into that of the Pied Piper in order to gain possession of Umbra. S2E41

Gremlow's special ability is Swarm, and it permits this Titan to multiply into an army. Even if the copies are destroyed by an enemy, more can be created. By sheer numbers, Gremlow can overwhelm and defeat multiple powerful enemies. This Titan, however, is susceptible to sound, such as Bulreguard's Speak ability. In particular, the song of the Pied Piper, played on the Pied Pipe, is capable of sending a Gremlow swarm back to its Amulet. S2E41 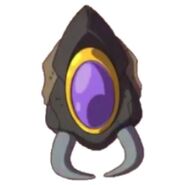 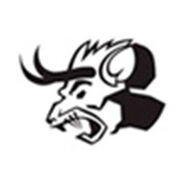 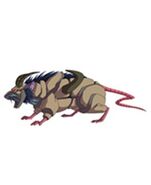