Hamelin Cathedral, located in the famous city of Hamelin, Germany, was the site of several incidents surrounding infestations of rat-like Titans known as Gremlow.

According to legend, the Pied Piper once dealt with an infestation of rats, Gremlow Titans, in Hamelin, Germany, by leading them away with a magical pipe. Unrewarded for his deeds by the inhabitants, however, the Pied Piper turned on the city and used his pipe to take the children of the town. Hamelin Cathedral was built to remember his deeds, with the notes to his song left in the cathedral's stained glass and the Gremlow Amulet left within stained glass near the cathedral's altar.

Later, Dante Vale's team visited the cathedral and found the multiplying Gremlow Titans. After initially being unsuccessful at containing the Titan, Sophie went to buy a pipe upon noticing the musical notes in the stained glass. Returning, the team managed to charm the Titans into returning back in their Amulet in of the glasses of the cathedral. When that was done, the flute that Sophie had transformed into the original pipe of the Pied Piper. S2E41 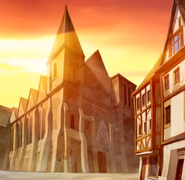 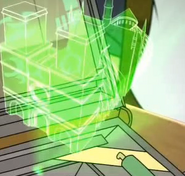 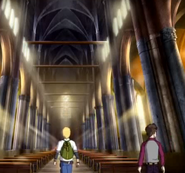 Inside Hamelin Cathedral
Add a photo to this gallery
Retrieved from "https://huntik.fandom.com/wiki/Hamelin_Cathedral?oldid=59043"
Community content is available under CC-BY-SA unless otherwise noted.