Ice Creatures are goblins of ice who serve Ymir, the king of the frost giants. Along with the Frost Minion Titans, Ymir is capable of summoning an army of these Titans to do battle. They are so cold that, when defeated, they explode in a shower of ice crystals.

The Vikings believed in beings known as Frost Giants and their king named Aurgelmir, or Ymir for short. In Norse mythology, the Frost Giants fought alongside Ymir against Thor's father, Odin, before the creation of the world. Thor later had to fight off Ymir in order to protect the realm of Asgard while his father was in the Odin Sleep.

When Dante Vale's team investigated the Temple of Thor, Ymir was summoned by the Guardians of Thor to create an army of Ice Creatures and Frost Minions to deter the progress of the Huntik Foundation. The Ice Creatures were defeated by Dante's Ignatius. S1E07

Though comparatively weak on their own, the Ice Creatures' power lies in their numbers. Summoned by Ymir, a whole army of Ice Creatures may be created at once to overwhelm the opponent. The terrestrial Ice Creatures tend to be invoked alongside the aerial Frost Minion Titans for almost complete coverage of the terrain. 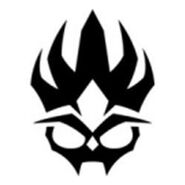