Start a Wiki
Impet, a twisted, darker brother of Cherit, is a small, nimble Titan with dark blue skin. Adept at hiding and sneaking up on his target, he possesses the ability to enhance his allies or curse his enemies. Impet Amulets are in the possession of multiple Organization agents.

Impet Titans inspired the myths of imps, troublesome, demonic, or fairy-like creatures known to be talented pranksters with a knack for sneaking quietly.

An Impet Titan was invoked by unnamed Suit 010 in an attempt to corner Lok Lambert and Dante Vale in an alley. The two Seekers, however, managed to escape. S1E18

Impet was invoked by unnamed Suit 043 in the Mausoleum of Sir Lancelot to attack Dante Vale and Lok Lambert but was defeated.

Later, one of Rassimov's Suits invoked Impet to attack Dante and Sophie but was caught in a Bubblelift power and defeated by Sabriel. S1E18

In Turkey, Impet was invoked by one of Rassimov's Suits to attack the Huntik team. He attempted to blast Lok but was defeated by Cherit. S1E19

At the Temple of Poseidon, Impet was invoked by one of Rassimov's Suits. He fired several energy blasts at Lok before being defeated by a Raypulse from Sophie. S1E20

Impet is able to fire energy blast from his mouth. He is also able to hover in the air and is extremely nimble, able to hide from his enemies and then launch a surprise attack.

Click here to view the full Gallery for Impet 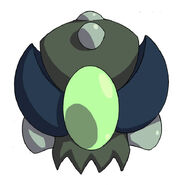 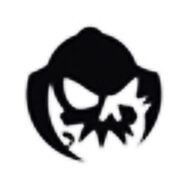 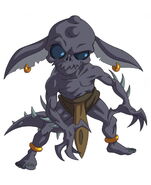 Impet
Add a photo to this gallery

Retrieved from "https://huntik.fandom.com/wiki/Impet?oldid=78540"
Community content is available under CC-BY-SA unless otherwise noted.