Iron Monkey is an red-skinned Yama-Titan that resembles the Redcap Titans. Bearing red samurai armor and packing a powerful punch, this monkey-like Titan makes up what Redcap lacks in both offense and defense. If his sucker-covered tongue were not enough to strike fear into his enemies, his frenzied attacks will do the trick. Iron Monkey is used by Hector, a tomb raider for the Organization.

Iron Monkey is capable of dishing out frenzied attacks, but they come at the cost of an allied Titan's energy. With 6 attack and 6 defense, this Titan's frenzied attacks can be powerful and lasting.

Iron Monkey's rough sketch was originally drawn portraying an armored Titan with sharp claws, long teeth, and a long tongue covered in suckers comparable to an octopus' tentacle. His pencil sketch was changed to a side view to show more of his body and was noted as resembling an armored Redcap on coffee. His armor was made to be much more detailed, an his eyes were given something resembling sunglasses. The only stylistic change to his final art was the addition of horns on his helmet. His skin was colored pale red with his armor being a fierce, brilliant red to portray his aggressive and dangerous nature. A serene background much like a Japanese countryside was added for contrast. Huntik.com 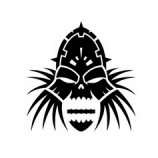 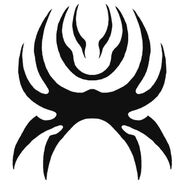