Janus Knight is large Draco-Titan who rides a dark-coated steed and is heavily armed with two broadswords.

Janus Knight once guarded castles in the era of Camelot and defeated evil knights. SAS-037

Janus Knight can use his two mighty broadswords to defeat enemies as he used them to defeat evil knights. This Titan rides a horse allowing him to travel swiftly into battle. 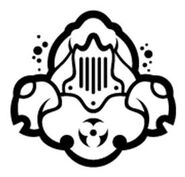 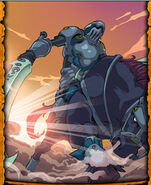 Janus Knight
Add a photo to this gallery

Retrieved from "https://huntik.fandom.com/wiki/Janus_Knight?oldid=72861"
Community content is available under CC-BY-SA unless otherwise noted.