Januseea the Gatekeeper is a masked Meso-Titan with exceptional inter-dimensional capabilities. Her appearance is that of a crossed-legged humanoid figure, surrounded by floating blue orbs capable of redirecting attacks. Januseea's Amulet is in the possession of Zhalia Moon.

Zhalia obtained the Amulet of Januseea the Gatekeeper sometime after the defeat of the Professor and prior to the discovery of the Nexus in Peru. On the mission Fate of the Father, Dante Vale stated that Titans sensitive to Seeker energy like Januseea would be most appropriate. Zhalia used Januseea to create a link to the Spirit World via the Nexus in the waterfall cave to form a projection of Eathon Lambert. After the Nexus exploded, she teleported to Dante's side and protected him against Hoffman. S2E27

Januseea was used by Zhalia again in Klaus' bookshop to fight Wilder's Gigadrone. She reflected Gigadrone's blasts and pushed it into some bookshelves but it managed to recover and defeat her. S2E32

Highly sensitive to Seeker energy, Januseea the Gatekeeper possesses the ability to track one's energy, absorb an attack and release at the caster, and create an energy link between a human and their possession to create astral projection of that person, as with Eathon Lambert and his Holotome. She is also able to teleport short distances. S2E27 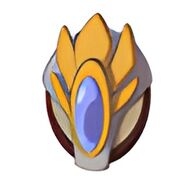 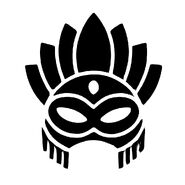 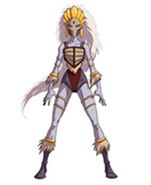 Januseea without her orbs
Add a photo to this gallery

Retrieved from "https://huntik.fandom.com/wiki/Januseea_the_Gatekeeper?oldid=77085"
Community content is available under CC-BY-SA unless otherwise noted.