Jericho the head of monks is a powerful flying Hecto-Titan whose appearance is that of a large skeleton abbot made up of long, protruding bones. Jericho was the primary Titan of Tantras, a senior member of the Blood Spiral Brotherhood, before his Amulet was passed on to Harrison Fears.

Tantras invoked Jericho on the Erasmus Bridge in Rotterdam to assist his Orphan recruits in attacking the Huntik team. Jericho swooped and knocked down Zhalia Moon and, after absorbing an energy blast from Cherit, Jericho fought and was defeated by Zhalia's King Basilisk. S2E33

At the Blood Spiral Base, Tantras used Jericho whilst training Harrison Fears. After fighting against Harrison's Hitokiri, Jericho was called back to his Amulet at the end of the spaaing session. S2E36

After losing all his power to the Heart of Vlad Dracul, Tantras gave Jericho's Amulet to Harrison alongside Bazela Hive. Harrison later invoked Jericho in Egypt to ambush vehicles of a team of Huntik Foundation operatives and free their prisoner, Rassimov. When the Huntik team arrived, Jericho was pinned down by Umbra the Shadow Jaguar and defeated by Dante Vale. S2E47

Jericho was summoned by Harrison when he and Den were facing off against the Betrayer where he fought against the Legendary Titan of Betrayal, Demigorgan. alongside Dullahan. After Harrison ran to protect a weak Zhalia Moon, about to take an attack from the Betrayer, Jericho rushed in front of Harrison and took the blow instead, sending Jericho back to its Amulet. S2E52

Jericho is an extremely powerful Titan. In addition to flying through the air, Jericho can swoop down and impale his enemies on the massive pike on his body or use the long bones on his body as weapons. S2E33 Jericho can also absorb energy attacks making him be difficult to defeat. S2E36 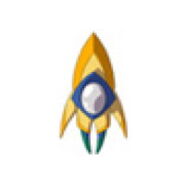 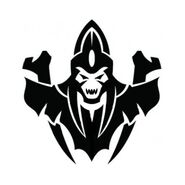