Jirwolf is a spectral wolf Titan with enhanced senses over time and space. Unlike the wild Fenris and Wolf Knight Titans, Jirwolf is capable of taking an astral form. He is one of Eathon Lambert's most powerful Titans.

Jirwolf was used alongside Dendras by Eathon Lambert during the battle in which the Professor's five best operatives and personal guard cornered Eathon at the gates of Atlantis. He was shown as a capable Titan being able to stunning two Bonelasher Titans at once with out any help, leaving them to be defeated by Dendras. Jirwolf has not been seen since the disappearance of his Seeker.
S1E21

His awareness of space and time lets him channel blasts through reality itself in astral form. He can twist the space around his enemies by using a sonic growl to disorient them. He can also freeze his opponents and is extremely speedy. 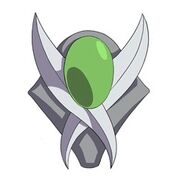 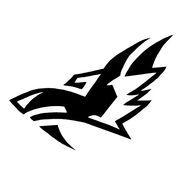 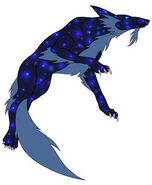 Jirwolf
Add a photo to this gallery

Retrieved from "https://huntik.fandom.com/wiki/Jirwolf?oldid=89630"
Community content is available under CC-BY-SA unless otherwise noted.