Kaioh the Tracker is a Meso-Titan dressed in wooden armor with a headdress that resembles that of a Native American Indian tribal chief. Wielding a large wooden medicine stick and a long green vine, Kaioh specializes in location skills and seeking out hidden objects. This Titan was given to Den Fears by Teeg, a Native Kumeyaay Seeker.

Kaioh the Tracker was given to Den Fears by Teeg after Teeg related to Den's experience of being completely new to the world of Seekers. This was followed by a training session about Kaioh's tracking abilities. Den later invoked him in Hernán Cortés's vault to fight against the Organization. Kaioh tried to locate the Ring of Umbra the Shadow Jaguar but was hit by an attack from Shadow Agent. After being protected from further attacks by Sophie Casterwill's Enfluxion, Kaioh was able to point at the Umbra's Ring which Dante Vale immediately grabbed. After being cornered by Conquistador, Kaioh attempted to stop him but was defeated and sent back to his Amulet. S2E42

Den invoked Kaioh in the Castle of Vlad Dracul to fight against Harrison Fears's newly Powerbonded Antedeluvian but was defeated by the Titan's 'Lifedrain' ability. Antedeluvian was then able to gain Kaioh's 'Totem Staff'. S2E43

Kaioh was invoked alongside Tersly's Red Searcher to find the Lodestone. Den commented that Kaioh would find it quicker, however both Titans were sent back to their Amulets by the Lodestone's Anti-Magic field. S2E44

In the magical floating castle of Tír na nÓg, Kaioh fought against numerous Dullahan and Firbolg Titans. Despite defeating a large number of them, Kaioh was sent back to his Amulet by Firbolg. S2E48

Kaioh has a vine which he can summon from his hand and control with great skill to grab things or demobilize an enemy. He also utilizes a medicine staff, which is his primary weapon. Kaioh also has an impressive tracking ability, which enables him to locate objects which the Seeker he is bonded to is thinking about. According to Teeg, Kaioh will find what his Seeker seeks, even an enemy. The wooden armor that he wears also helps him to withstand attacks made by enemies. S2E42 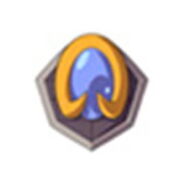 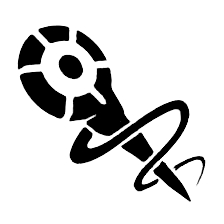