Kallipolitan is a Krono-Titan that resembles a cyclops, a one-eyed giant from ancient Greece. He wears a toga instead of the armor of other Krono-Titans.

The ancient Greeks knew of more bestial cyclops than Kallipolitan. The first three were said to be the most powerful and to have been created as the weapons of the gods. source?

With his ability, Ruler of Law, Kalipolitan can send enemy Titans back to their Amulets. If those Titans do not obey Kallipolitan when he returns them to their Amulets, he will attack with all of his power. 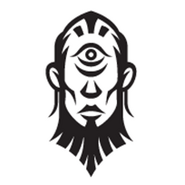 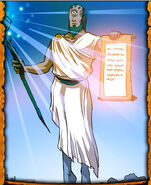 Kallipolitan
Add a photo to this gallery

Retrieved from "https://huntik.fandom.com/wiki/Kallipolitan?oldid=70042"
Community content is available under CC-BY-SA unless otherwise noted.