Kilthane, the Black Knight, is utterly loyal to his Seeker and never retreats from battle. He wears a dark, slate-colored suit of armor with blades that resemble insect legs protruding from behind his cape. He bears a curved blade and a shield with a green dragon for a crest. Kilthane Titans are known to be used by Zhalia Moon and Ryder, and they are worthy and mighty allies.

Ryder invoked his Kilthane to battle Zhalia's Kilthane resulting in a standoff between the two. Both were sent back to their Amulets when the roof of the building collapsed under the weight of Ford's Belgrieve. HC#02

Kilthane is a powerful brawler Titan. He can use his large sword to cut at his enemies. His shield is immensely strong for defense and his tough armor gives him an additional boost to his defense. Kilthane's ability is called Knight's Charge which sends him straight into battle with immense speed, strength and accuracy. A fine Titan warrior, Kilthane is totally covered in armor, and he is always ready for battle. According to Cherit, Kilthane is heavy enought to fight underwater. 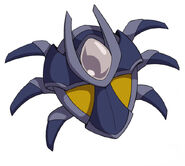 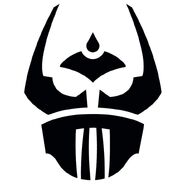 Retrieved from "https://huntik.fandom.com/wiki/Kilthane?oldid=72757"
Community content is available under CC-BY-SA unless otherwise noted.