Kopesh is a blue, jackal-like Hecto-Titan. He has sharp, gold claws and has a curved, golden blade protruding from the top of its head. Kopesh wears bandages, a tattered cape and teal clothing with gold trim.

In ancient Egypt, Kopesh was said to fly into battle on a cloud of whirling dust. He would later exit the battlefield accompanied by the howls and screams of the vanquished. Huntik.com

Kopesh Amulets were seen in the possession of two Rassimov's Suits along with that of Unnamed Titan 003 as they planned their attack on the Amazons. Later, Kopesh was invoked by Rassimov in the Turkish wilderness on a mission to recover the Ring of the Legendary Titan of Body, Behemoth. Kopesh, teamed with Thornment, attacked Dante Vale's Caliban and Lok Lambert's Lindorm, but Caliban defeated Kopesh by hurling Thornment at Kopesh. S1E19

Kopesh was later invoked by Rassimov to defend against Lok Lambert and to fight against his Freelancer. After Freelancer was sent back to his Amulet by Hopeshatter, Kopesh was defeated by Lok's new Titan, Baselaird. S1E21

Kopesh again was invoked within King Solomon's mines in the struggle for the Ring of Tao. Kopesh defeated Montehue's Tolivane and attacked Tersly's Venadek. After a heated conflict, Kopesh was defeated by Tao, who bonded with Lok. S1E23

While Rassimov was secretly searching for the Necklace of Tutankhamun in the Valley of the Kings, Egypt, Kopesh's bond with Rassimov was broken by Dante's Sorrowbond spell, and his Amulet was taken into custody by Huntik Foundation agents. S2E47

Kopesh is a mage Titan of the highest order. Conjuring swarms of locusts to consume his enemies or blasts of acidic black sludge to trip them up, Kopesh possesses a wide variety of powerful combat options, in addition to that, Kopesh can fly. He is the perfect partner in battle for Thornment. 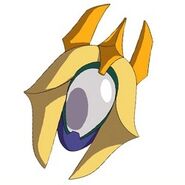 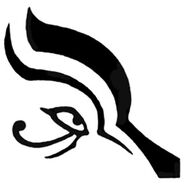 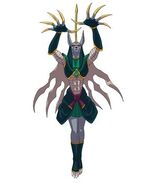