Start a Wiki
Kunoichi is a four-eyed, ninja-warrior Yama-Titan. She wears blue and red armor and has long blue hair. Armed with a katana, Kunoichi is a fast and agile fighter. A Kunoichi Amulet is in the possession of Santiago.

Later on in the battle, Kunoichi cut a hole in a Scramjet to rescue LeBlanche. Santiago, LeBlanche and Kunoichi then jumped to safety before the Scram-jet exploded. S2E52

Kunoichi can move quickly, being able to jump great distances. She can use a katana or use her martial arts to defeat her enemies.

Click here to view the full Gallery for Kunoichi 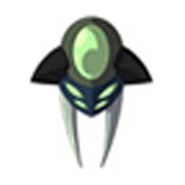 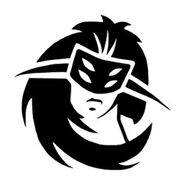 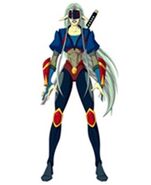 Kunoichi
Add a photo to this gallery

Retrieved from "https://huntik.fandom.com/wiki/Kunoichi?oldid=78355"
Community content is available under CC-BY-SA unless otherwise noted.