Kyojin is a giant Yama-Titan who guards the island of Yonaguni in Japan, sleeping on the bed of the ocean. It has a distinctive robotic appearance with silver armor whilst taking the appearance of an enormous dodu statue.

Kyojin was the guardian Titan of Yonaguni, an ancient underwater island in Japan. He was known by the locals as the "Ishi-no-koenin'ninith" meaning "stone guardian". HM#18

The Huntik team went after the Kyojin after they were approached by Emi, a Seeker from a powerful Japanese family. After entering the ruins of Yonaguni, deep in the ocean, they fought against Wilder, who attempted to retrieve the Amulet however he was defeated by Emi, who revealed herself to be ninja. Placing the two dodu statues in holes, Lok recovered the Kyojin's Amulet and summoned him. A huge whirlpool followed and as the team were scooped up and brought to safety, they relealised they had been inside Kyojin and that he was part of the city which he guarded. As Kyojin returned to his sleep, Lok then gave his Amulet to Emi, who although nervous as first, accepted it. HM#18

Kyojin's giant size gives him an advantage in battle and lets him walk the depths of the ocean with ease. 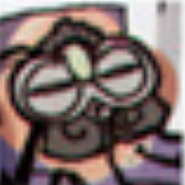 Kyojin
Add a photo to this gallery
Retrieved from "https://huntik.fandom.com/wiki/Kyojin?oldid=91303"
Community content is available under CC-BY-SA unless otherwise noted.