Lilith the Queen is a demonic Hecto-Titan who takes the form of an Egyptian queen. Her eight mummified legs and bat-like wings grant her speed both in the air and on the ground. She is the strongest Titan in the possession of Shauna.

Lilith the Queen was invoked by Shauna in Phoenix's volcano after Ash was defeated by being thrown into the lava by Baselaird. Lilith threw Baselaird on the ground, but she was sent back to her Amulet by Lok Lambert using the Willblade. S2E45

Lilith again was invoked by Shauna at the Spiral Mark to fight against Powerbonded Caliban. Lilith ceased her attacks, as did Caliban, when Void was invoked.
S2E50

Lilith is capable of fast flight, and her many legs offer her speed on the ground. She can use her long nails as weapons as well as make a long, javelin-like protrusion extend from her palm to be used as a weapon. S2E45 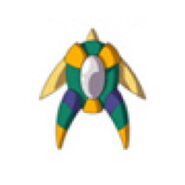 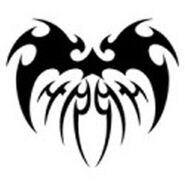 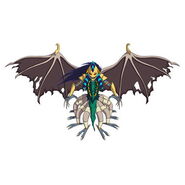