Lindorm is a powerful draconic Gaia-Titan used heavily by Lok Lambert. Controlling this Titan requires his Seeker to be in complete control of both thoughts and emotions. One mis-directed thought and Lindorm will charge like a raging bull to make quick work of the one targeted by this thought. Because of this, Lindorm can be thought of as a loose cannon. Though Lindorm may be aggressive and violent, he nonetheless is a loyal Titan.

Lindorm Titans inspired the dragons of Viking tales which usually lacked wings, appearing like giant snakes with arms. They were probably based on descriptions of this Titan. Saint George was Lindorm's past Seeker and used his sword to summon the Titan. S1E10

The Titan's Amulet later fell into the hands of the Organization in the magical Sword of Saint George, but DeFoe's thirst for revenge on Dante Vale made him lose the sword. Lok Lambert eventually managed to bond with Lindorm, although the Titan proved difficult with which to bond, and Lindorm became one of Lok's choice Titans to use in battle. S1E10 The first time Lindorm was invoked, Lok had no control over the rampaging Titan, yet in a moment of fury, Lok gained perfect control over Lindorm. S1E12

Lok used Lindorm to fight a group of Suits and their Titans in the Newgrange Passage Tomb. S1E13

In the Tomb of Nefertiti Lok summoned Lindorm to help the Huntik team fight against Klaus' Egyptian Suits. S1E15

Lindorm was invoked by Lok to fight Rassimov and his Suits in the Amazon Village. Lindorm was later sent back to his amulet because of Rassimov's Hopeshatter. S1E19

Seekers bonded with Lindorm may find him hard to control at first, but if his Seeker shows anger, rage, or fury, this is where the Seeker is in complete control and in sync with Lindorm. The more rage his Seeker shows the more powerful Lindorm will be; however, if the rage is wild and uncontrolled, so too will be Lindorm's attacks. Lindorm's "Rolling Charge" ability can cut his enemies down to size by curling his body up like a large circular buzz saw, allowing the spines on his back to cause serious damage to enemy Titans. Besides Rolling Charge, he also has his claws to slash his enemies with, teeth to bite with, and his tail to smash and constrict his enemies, all at his disposal. Lindorm also has the power to fire a small tornado from his mouth. S1E12 Even though he is a Titan with no wings at all, Lindorm is able to fly and levitate to take on large or colossal-sized enemy Titans. He also has a keen sense of smell. S2E47 All of this makes Lindorm a powerful Titan to have, and one well worth the trouble of controlling, according to Dante.

Like other Titans, when the bond between Seeker and the Titan become stronger, Lindorm became Powerbonded Lindorm, obtaining two tails, four arms, four horns on his head, and armor on his body along with the ability to directly communicate with his Seeker. Lindorm's rolling attack became powerful enough to block the Legendary Titan, Arc. This power, now called Spinnerslash, was now able to be shared with Lok and even powerful enough to knock over a powerful Titan like Legion, Legendary Titan of War. Powerbonded Lindorm tends to act on his own, but he is a strong Titan to have in battle, loyally protecting his Seeker by using his new abilities:

In the first picture, you can see that Lindorm started out more like a bug than a dragon! Because most of the buglike Titans in the world of Huntik are evil, and we wanted Lindorm to belong to Lok, we decided to make him more like a wolf-dragon than a bug monster. As a unique twist, we thought it would be cool if he had a spinning attack for which he holds his tail in his mouth and demolishes his enemies like a big spiked wheel. This idea is based on a mythical snake called ouroboros that held its tail in its mouth like a continuous circle. Huntik.com. 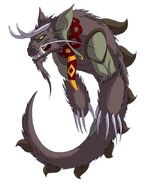 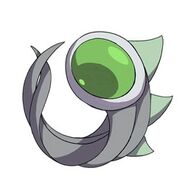 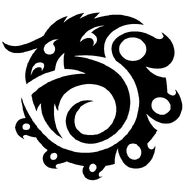 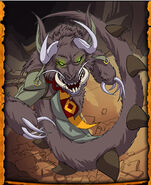 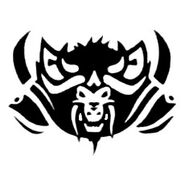 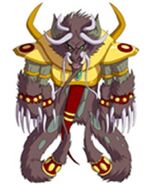