Madea is a Krono-Titan illusionist of mythology. Her illusion abilities are able to conceal her true form as a Titan, allowing her to appear and speak as a normal human being. In her true form, her lower half resembles that of a turtle with four flippers and a hard shell.

This Titan played an important role in inspiring several ancient Greek tragedies. According to mythology, she used her magic to trick enemies and to save the hero, Jason, from a dragon. Wikipedia

A Madea Amulet was in the possession of Paola, the overseer of a Huntik Foundation sanctuary. LGS-038

Madea ability of illusion can trap her enemies in an illusion of her choice. These illusions may range from simple tactics against Titans to complex illusions to target a Seeker's hopes or fears. Due to these powers, she is known as being able to confuse the minds of even trained Seekers and this makes her a dangerous opponent. While in her human form, she is even capable of speech like Cherit, a rare ability for Titans. S1E11 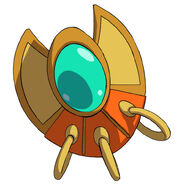 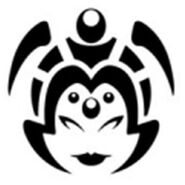 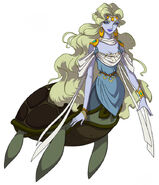 Madea's human form
Add a photo to this gallery

Retrieved from "https://huntik.fandom.com/wiki/Madea?oldid=76729"
Community content is available under CC-BY-SA unless otherwise noted.