Start a Wiki
Maelstrom is a Gaia-Titan genie, whose torso resembles that of a green-skinned human while his lower portion is like a tornado of whirling winds, much like that of Powerbonded Ariel using his Hyperstrike ability. Crackling with energy, in his hands floats a powerful vortex capable of absorbing the powers of nearby enemies. Maelstrom's Amulet is in the possession of Dante Vale.

Maelstrom's Amulet was given to Dante Vale by Metz. This Titan was then used to absorb the power of Rassimov's Darkvoid spell while the Huntik team attempted to arrest him. S2E47

Maelstrom and Dante later worked together to drain the Red Comet. Dante used the Copykind spell on Maelstrom so that they could work in unison to absorb the power of the comet. S2E50

Maelstrom has the ability of power absorption with which he can absorb the power of spells or energy attacks from the enemy. This ability is so strong it can safely absorb Rassimov's Darkvoid spell. S2E47 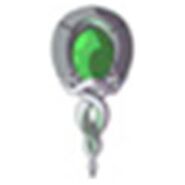 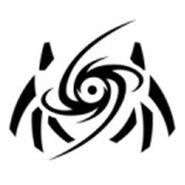 Maelstrom
Add a photo to this gallery

Retrieved from "https://huntik.fandom.com/wiki/Maelstrom?oldid=86529"
Community content is available under CC-BY-SA unless otherwise noted.