Mindrone is a bipedal Swara-Titan with a prominent, single red eye taking the place of its face and two wiry appendages protruding from its back. Mindrone is related to the power-equivalent Terrapede Titans and to the weaker Enforcer Titans. As this sadistic Titan enjoys making people suffer, Mindrone as well as its related Titans are commonly used by the Suits of the evil Organization for both combat and as spies.

Ford's Mindrone fought alongside Caliban against Lee Roy's Enforcer and a pair of Redcap Titans. HC#15

This Suit's Mindroe was invoked in an attempt by Suit 003 and Suit 004 to capture Sophie Casterwill for interrogation. Mindrone, however, was defeated by Sophie and Santiago. S1E01

This Suit's Mindroe was invoked in an attempt by Suit 004 and Suit 003 to capture Sophie Casterwill for interrogation. Mindrone, however, was defeated by Sophie and Santiago. S1E01

Mindrone enjoys making others suffer. SAS-042 His Mindzap ability creates optical laser blasts which can burn or knock a weak opponent unconscious. Like insects, Mindrone Titans also have the ability to adhere to surfaces, clinging to them to travel or to ambush a target or they can levitate in the air. S1E01 Mindrone is also able to transmit visual information to his Seeker's Tome, and due to its silent nature, Mindrone Titans make great spies. S1E09 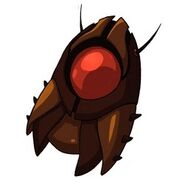 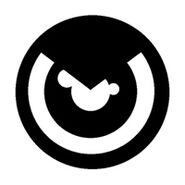 Mindrone
Add a photo to this gallery

Retrieved from "https://huntik.fandom.com/wiki/Mindrone?oldid=80156"
Community content is available under CC-BY-SA unless otherwise noted.