Mirram is a Meso-Titan whose appearance is similar to a kangaroo. These unsleeping Titans reside in Australia around Ayer's Rock.

According to Sophie Casterwill, the Mirram Titans never sleep and one should not let their guard down whilst in their territory. LGS-048

A large pack of Mirrams can be found in Australia, residing around Ayers Rock. PRO-B13

Despite their low base stats, Mirram Titans can move towards a target at long distances without getting tired due to their Hop ability. They also appear to be armed with sharp teeth and claws. 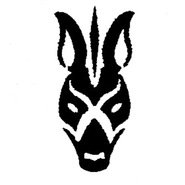 Mirram
Add a photo to this gallery
Retrieved from "https://huntik.fandom.com/wiki/Mirram?oldid=79712"
Community content is available under CC-BY-SA unless otherwise noted.